this ain’t an ordinary ship.

it’s Maritime Museum, one of Melaka’s place of attraction.

The Maritime Museum itself is a replica of the ‘Flora de La Mar’, a Portuguese ship that sank off the coast of Melaka while on its way to Portugal, carrying loot plundered from Melaka. Work on the replica started in early 1990 and it was opened to the public in 1994. The Maritime Museum was officially opened by the Prime Minister Dato Seri Dr. Mahathir Mohamad on June 13, 1994. source

The museum houses exhibits, artifacts and documents from the Melaka’s golden era as the Emporium of the East and reveals how political control of Melaka was essential to the establishment of maritime dominance in the region.

The museum also traces Melaka’s trading links from the earliest times through the colonial era, the Japanese conquest and brief period of Japanese rule, the return of Britain as the colonial master, the emergence of the independent nation of the Federation of Malaya and the formation of Malaysia. source 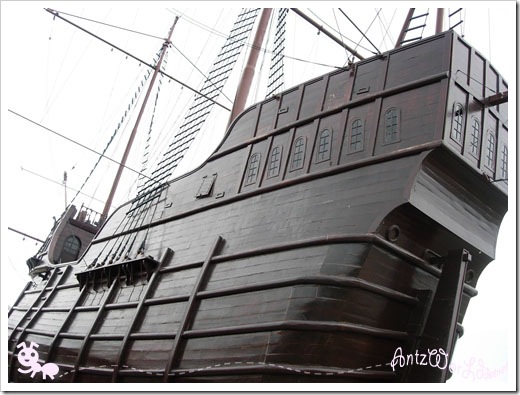